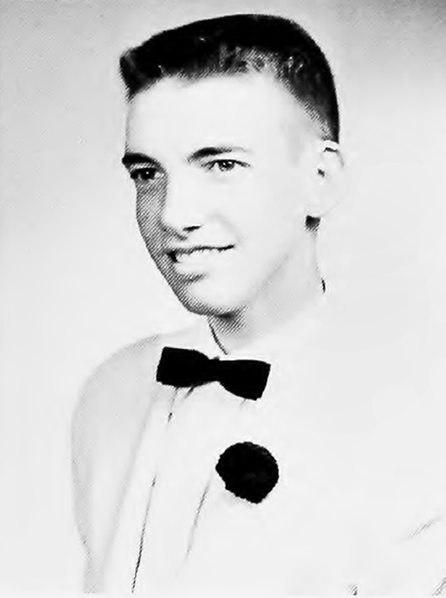 Any fool can sell his plates of turnips all day long and be nothing but a hawker of boiled roots — even a half-way decent barkeep knows that an evening at the pub is about more than food and drink. But then there are those rare souls who draw upon their keen insight into the human condition to understand hospitality in all its profundity and all its simplicity. Theirs are the establishments where we belly up for good times and for laughter, for conversation and for compassion, to remember, and sometimes, to forget — if just for a while. In the end, these rare souls are not hawkers at all. Rather, they become intricately interwoven in the lives of those whom they serve. They become buddies and pals, confidants and confessors, legends in the retellings of our fondest Friday nights. William Reidy was one of these legends. His dining room was a Manhattan landmark; for many, a dearly held tradition. And for the record, according to several sources, his turnips were superb.

William John Reidy was born in the Bronx in 1941. His mother was Margaret Murphy Reidy, a homemaker from Jersey City who knew her way around a plumber’s toolbox thanks to her father, William Murphy, an immigrant from County Cork in Ireland. Bill’s father was Maurice Reidy, Prep Class of 1927, from whom Bill would inherit his gift of gab, his pride in their Irish heritage, and ultimately the family business at 54th and Madison, Reidy’s Restaurant — actually, as few recall, the second incarnation of a pub by that name. The original had been opened a generation before by Maurice’s father, Michael Reidy, but had been forced to close its doors on account of Prohibition.

Bill grew up in Riverdale in the Bronx with his sister Kathleen. He attended his parish grammar school, St. Gabriel’s on West 235th Street, before entering the Prep in September of 1955. Reidy’s Hughes Hall years, though fairly typical in most other respects, would come with a bit of a complication — a bout with polio had left him in a wheelchair. Though navigating the old, elevatorless building would take a bit of effort, Reidy handled it with aplomb and gentlemanly grace. As recalled by fellow ’59er and Hall of Honor inductee Bruce Bott: it was never a big deal — someone would grab the books, someone would grab the wheelchair, and up the stairs they all would go. Bill would later trade in his chair for braces and crutches.

At the Prep, Bill Reidy was a debater, a member of Student Government, served on the Dance Committee and Athletic Council, worked on the business staff of the Dramatic Society, and assisted Fr. Shea on the Council of Discipline. He was an annual fixture at the Turkey Bowl to cheer his beloved Rams on to victory, as was his alumnus father. In fact, Reidy’s Restaurant provided the food for traditional Thanksgiving after-game party for years. Participating in the spiritual life of the school also was important to young Bill, who remained a devout Catholic all his life. In his last year at the Prep, Reidy was among twenty of his classmates voted into the Senior Hall of Fame, “the most prominent in their year by reason of scholastic ability, school and team spirit, and popularity.”

Bill began working at the family restaurant soon after his Fairfield graduation, learning every aspect of the business, whether back in the kitchen, behind the bar, out in the dining room, or even on the phone: (212) PLaza3-2419 — a number on many a regular’s speed-dial, long before speed-dial had even been invented. In time, Reidy’s became Reidys’, and Bill took over day-to-day operations from his father, proving himself just as premiere a publican and attentive a host.

The Reidys drew significant media attention in 1979 when they refused to move their Midtown restaurant to make room for a planned 42-story office building. The whole affair became a David-and-Goliath story that was chronicled in the New Yorker and other local and national media outlets. In the end, Bill negotiated an historic air-rights deal with Tishman Spyer Properties and Reidys’ remained, giving hope and a legal footing to the owners of other holdout Manhattan mom-and-pop shops. Would it have been easier to have closed or moved from the start? Absolutely. But, then again, William Reidy had never been intimidated by the hard way. And besides, he ran his business as he conducted his life—with principles: turnips, you sell; your soul, you do not.

During his many years at Reidys’, Bill served and came to know customers from around the Metropolitan area, providing his classic Irish and Irish-American fare for many a function in the City, most notably events at the Chancery and at other New York Catholic institutions. Reidys’ was a popular venue for alumni dinners, family gatherings, drinks after work and regular meetings of the Friendly Sons of St. Patrick. Bill met literally thousands of people in his 30 years at 54th and Madison. His professional accomplishments can be measured in those relationships — the only way he would have wanted it, just as his father before him.

Aside from his regular pew on Sunday, there was only place in the world more important to Bill than Reidys’, and that was the Reidys’ — his Bronx home where he and his wife Macia Halleran Reidy made their life together. Married in 1974, Bill and the ever-patient “Saint” Marcia of Riverdale raised nine children: Maurice Timothy, William, Anne, Marcia, Owen, Michael, Niall, Conor and Gavin. Life at the Reidys was not always easy — and with nine children, almost never quiet — but it was full of love — of God, of kith and kin and of each other. Sons Maurice “Tim” and Gavin graduated from the Prep in 1993 and 2010 respectively. Owen completed his law degree at the University in 2009. And in 2014, Michael married into Fordham Prep by wedding Lauren Zefran of the Prep’s Mathematics Department.

William Reidy left Midtown and the restaurant business behind in 1995 to settle into retirement —where else, but in his beloved tree-lined Northwest Bronx neighborhood. He passed away on August 3, 2006 after a lifetime marked by inspiring faith, devotion to family and extraordinary generosity — generosity of time, generosity of talent and generosity of spirit.

At the time of his induction to the Fordham Prep Hall of Honor, Bill and Marcia’s clan had grown by six grandchildren: the next generation in the proud Reidy legacy — and a whole lot more turnips for Christmas dinner.