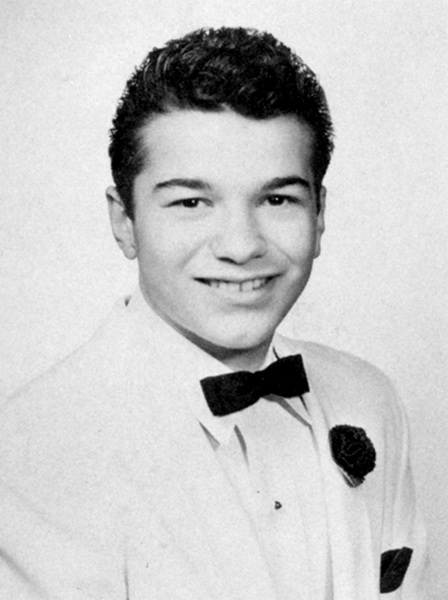 There is an Albanian saying: “aty ku s’ka liri, mendja dhe shpirti thahen si bima pa ujë” — where there is no freedom, the mind and soul dry up like a plant without water. An old, Italian adage offers that “la misericordia è più forte del veleno” — compassion is stronger than poison. And then there is the Preamble of the Declaration of Independence, which sets forth the foundational principles upon which America was founded: “that all men are created equal, that they are endowed by their Creator with certain unalienable Rights.” If there is anyone who can claim to understand these words — in the original, at that — and to have devoted his life to their implications, that man would be Joseph DioGuardi.

Joseph John DioGuardi was born on September 20, 1940, the son of grocers Joseph, Sr. (Giuseppe) and Grace Paparella. Joe’s father had immigrated at age 15 from Greci, or Katundi, an Albanian-speaking village near Naples that had been settled by the descendants of soldiers who had arrived to defend Italy in the 15th century. As for Joe’s mother, she was the daughter of immigrants from Bari, whose arrival in America could be a romance novel set against the backdrop of the turn of the century — her mother was a schoolmistress from a well-to-do family, her father was a door-to-door fabric merchant. They had fled their old lives, class differences and feuding families to start a new life in New York. And so their grandson, Joseph, grew up in a trilingual home in the Bronx, along with his sister Angela and his brother Richard, whose son, Richard, Jr., would follow in Uncle Joe’s footsteps and graduate from the Prep in 1986.

Joe attended St. Martin of Tours Grammar School before crossing Fordham Road in September of 1954 to begin his career at the Prep. During his Hughes Hall years, “Dio,” as his buddies called him, served with the Honor Guard, sang with the Prep Choir, and was a member of the German and Science Clubs. He also competed with the Speech & Debate Team and devoted time to the spiritual dimensions of school life with the Knights of the Blessed Sacrament and the Sodalities. With his family’s business being just that, a family business, Joe often helped at the grocery shop on Tremont Avenue after school and on weekends — an important part of his teenage years that would help shape his sense of commitment and responsibility as he was growing up.

During his junior year, the DioGuardis moved to White Plains, New York, but Joe continued at the Prep, graduating as a member of the Class of 1958.

DioGuardi remained at Rose Hill for college, graduating with honors in 1962 from Fordham’s College of Business Administration, today, the Gabelli School of Business, named for fellow Hall of Honor inductee, Mario Gabelli, Prep Class of 1961. Even before graduation, Joe had begun his long association with Arthur Andersen & Company as an intern. Staying with the firm, he became a certified public accountant in 1965, was made manager in 1967 and was admitted as a partner in 1972.

As his career was getting underway, Joe married Carol Asselta in 1968; they settled in Wilmont Woods, a section along the border of New Rochelle and Scarsdale, New York. Together, Joe and Carol raised two children. Their daughter, Kara, is a songwriter and music producer who served as a judge on the popular American Idol for two seasons. Their son, John, is a substance abuse counselor at Phoenix House. Carol DioGuardi passed away in 1997 after a long and difficult battle with ovarian cancer.

As a devoted alumnus, in 1980 Joe began a five-year stint on the Fordham Prep Board of Trustees, years marked by reflection and a recommitment to mission as the Prep came to the end of its first decade as a standalone entity apart from the University. Alongside the voice of fellow inductee, Fr. Edward Maloney, then Prep president, Joe’s was a voice that called for institutional stability. He remains a loyal son of Fordham and keeps close to many classmates.

After more than two decades with Arthur Andersen, Joe DioGuardi began his career in politics in the mid-1980s, becoming the first-ever CPA elected to Congress in November 1984. Congressman DioGuardi took the lead in sounding the call for truth in federal budgeting, accounting and reporting, and in bringing financial accountability to Capitol Hill. He was the original author of the Chief Financial Officer’s Act, signed by President George Bush in 1990, which mandated the assignment of a CFO to each major department and agency of the US government.

Completing his term in Congress in 1989, DioGuardi established Truth in Government, a nonpartisan foundation whose mission is to demand transparency and fiscal responsibility from elected officials. His 1992 Unaccountable Congress: It Doesn’t Add Up was updated and republished in 2008, and continues to blow the whistle on what the former congressman points out as irresponsible budgeting practices.

A man of great compassion, Joseph DioGuardi has also devoted himself to the causes of human rights and dignity. He was the first Member of Congress to bring the issue of Albanian rights in the Balkans to the attention of the US government, and was also responsible for the first Congressional hearing on Kosova in 1987. Since his term in office, he has served as founding president of the Albanian American Civic League, and has made dozens of trips to the Balkans. DioGuardi remains a tireless advocate for the Albanian people and the Albanian-American community.

Since 1986, he has also been an advocate for African-American war heroes who had unfairly been denied the Medal of Honor during WWI and WWII. As of Congressman DioGuardi’s induction to the Prep Hall of Honor, nine forgotten heroes have had their justly-earned honors restored, including a New Yorker, Sgt. Henry Johnson, who was posthumously granted his medal in June of 2015.

Joseph DioGuardi currently resides in Ossining, New York with his wife Shirley Cloyes-DioGuardi, a writer, scholar and activist. They were married by Fr. Vincent Novak, SJ in the University Church in 1998.