<Back to News
Winter Sports Recap

The winter sports season proved to be a historic one for the Rams; one of the school’s oldest sports won its first CHSAA title in 87 years while the newest sport shined at its post-season tournament.  A traditional power came up just short in its bid for a state title and Division I-bound athlete won a state title in his sport. 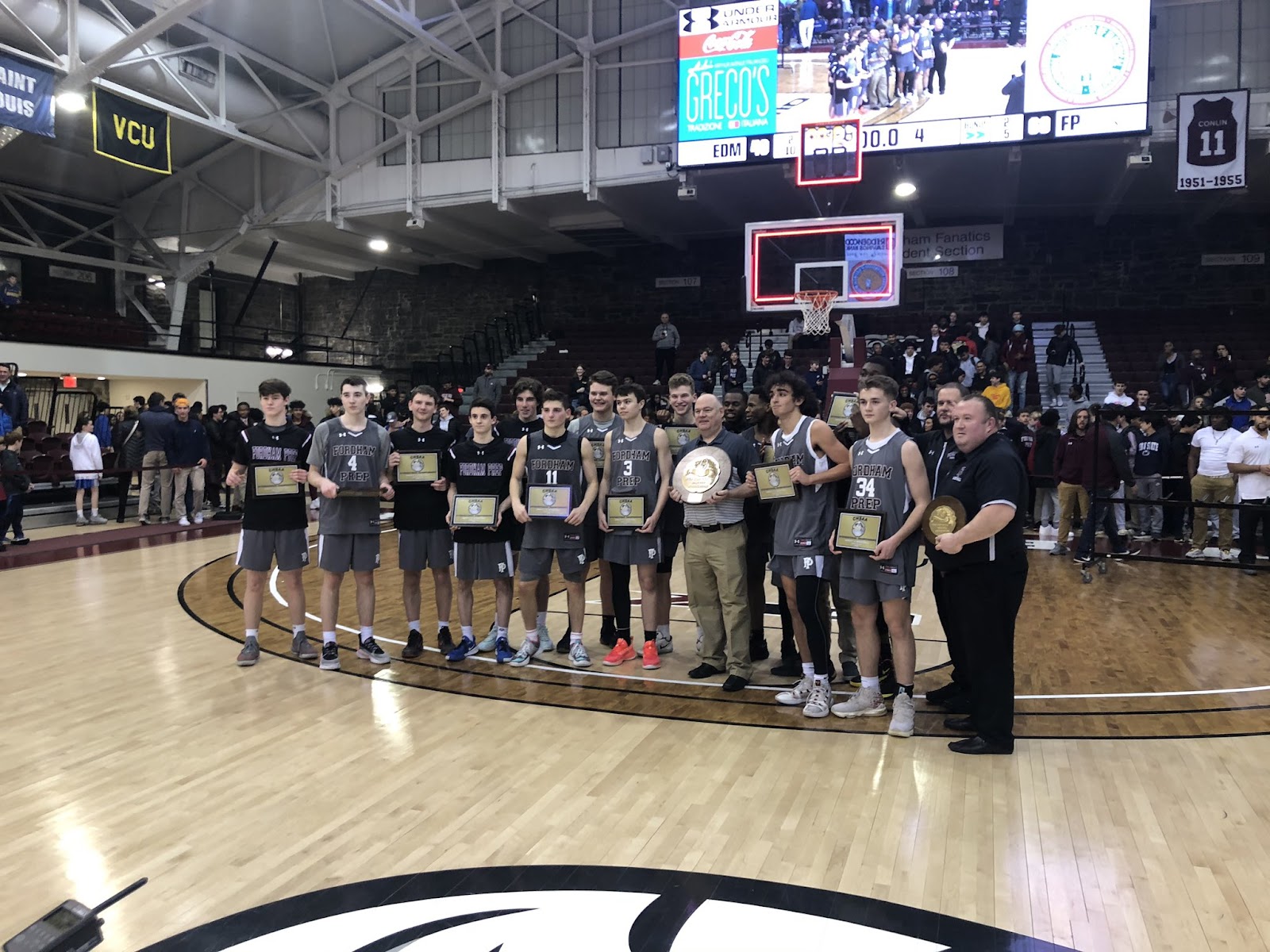 After ending their last three seasons with heartbreak in the CHSAA “A” Division City Championship games, the Varsity Basketball team ended an 87 year drought by bringing home the title with a defeat of St. Edmund’s on March 6.

The team endured an up and down regular season and finished with a 17-10 record and earned the fifth seed in their post-season tournament.  In the quarterfinals, the Rams defeated Monsignor McClancy, and in the semi-finals knocked off top seed Monsignor Farrel on a last season buzzer-beater by junior Ryan McPartlan.  A 60-49 victory over St. Edmund’s in front of a boisterous home crowd at Fordham University’s Rose Hill Gymnasium gave the Rams their historic victory.

With the victory, the team qualified for the CHSAA “A” Division State Championship but the game was canceled due to the Coronavirus outbreak.  Senior Alex Russo, Junior Ryan McPartlan, and Sophomore Nate Boateng were all named CHSAA “A” Division All-League players.

The Fordham Prep ice hockey team looked to defend its 2019 CHSAA city championship, the program’s first in 13 years.  The team experienced an uneven regular season but a late winning streak propelled the Rams to the #4 seed in the CHSAA “AA” playoffs.  The team was swept by #1 seed St. Anthony's in the city championship semi-finals. Senior Will Rice ‘20 & Sophomore Connor Dufresne ‘22 were both named to the CHSHL First team all-stars. 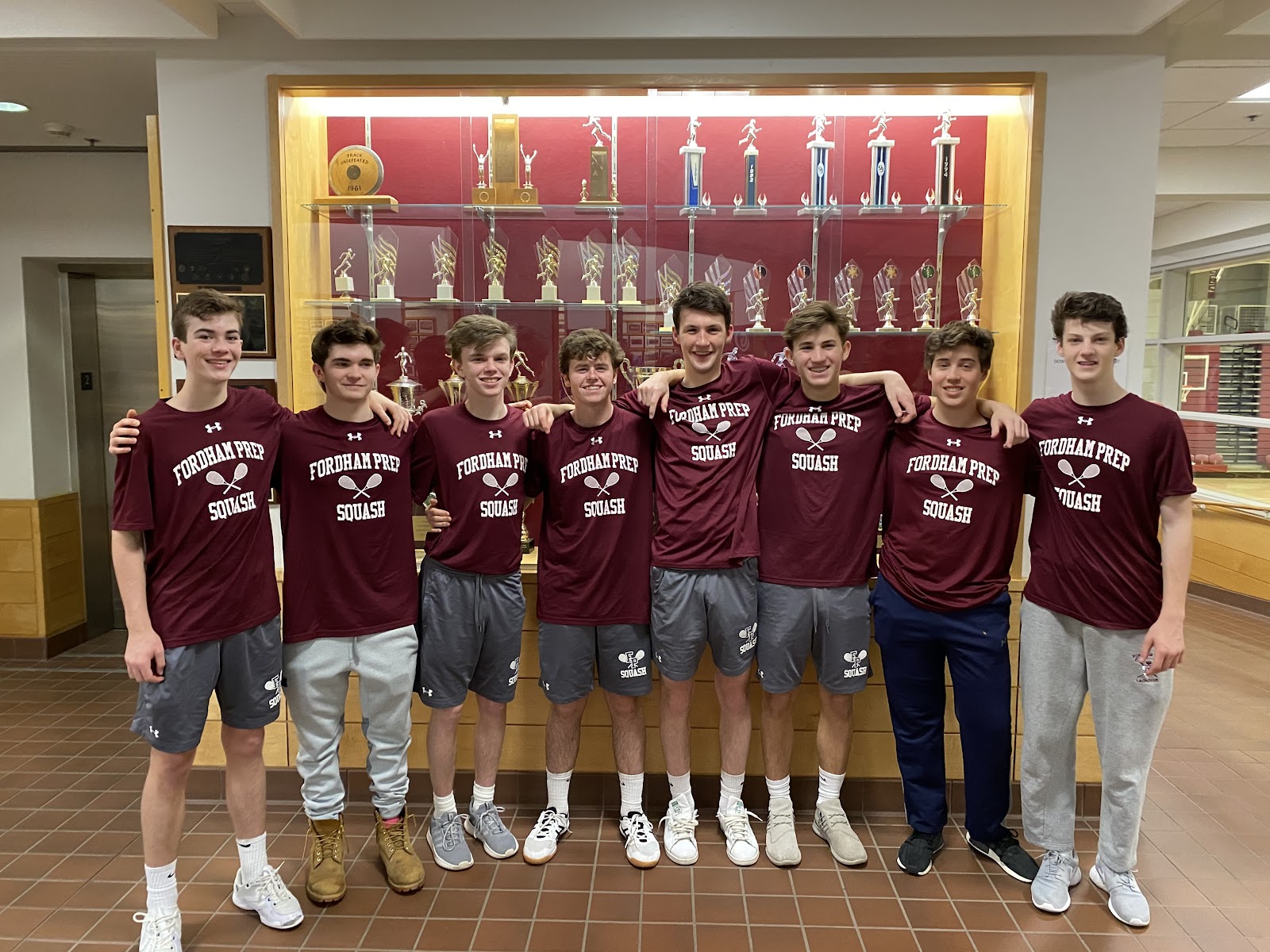 The Fordham Prep Varsity squash team was founded in 2015 and completed its most successful season in its short history.  In February, the team competed in the Head US High School Team Championships winning the divisional Classic Plate. During the tournament, The Rams defeated Lawrence Academy (7-0), Boys Latin (4-3)  and the Canterbury School (5-4). They were narrowly defeated by McCallie School (3-4). Blake Davis '21, Charlie O'Connor '20, George Anderson '20, Connor Begley '20, Andrew Davis '20, Connor Robinson '21, Chris Santomero '22 and Richard Petrocelli '22 racked up 19 combined wins out of 29 matches played over the three day tournament. Many thanks to the team's coach and Bronx native Michael Kelly for guiding the team to its first ever team trophy.

The 2019-2020 season was another in a long line of dominant seasons for the Aqua Rams.  The team finished the season with an 8-0 undefeated record in dual meets this year and won its 13th CHSAA city title. At the New York State Federation Championship the team missed winning the overall state championship by only 9 points. 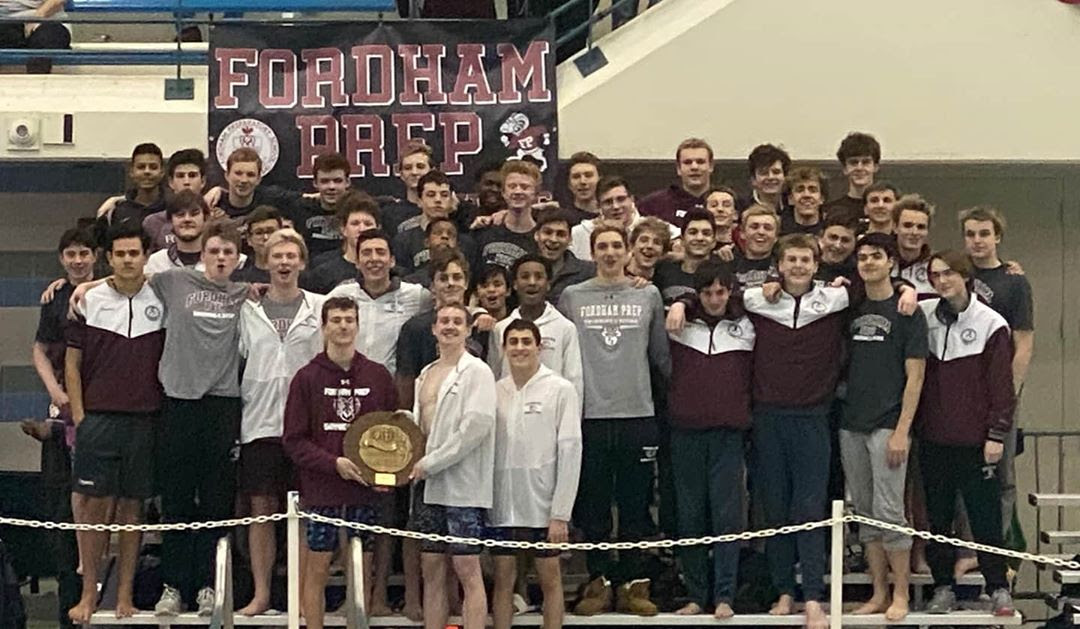 This year’s indoor track and field season culminated with the CHSAA State Championships for which both Miles Hogan ‘22 (3200m run) and Miguel Negrete ‘20 (pole vault) qualified.  Miles finished third with a time of 9:25.91 and Miguel won the event with a leap of 15’1’’. Both then qualified for the New York State Federation Championships. Miles ran a strong race and finished 9th.  Miguel established a new personal record with a leap of 15’6’’, the second highest in the Prep’s long vaulting history. He finished fourth in the state. 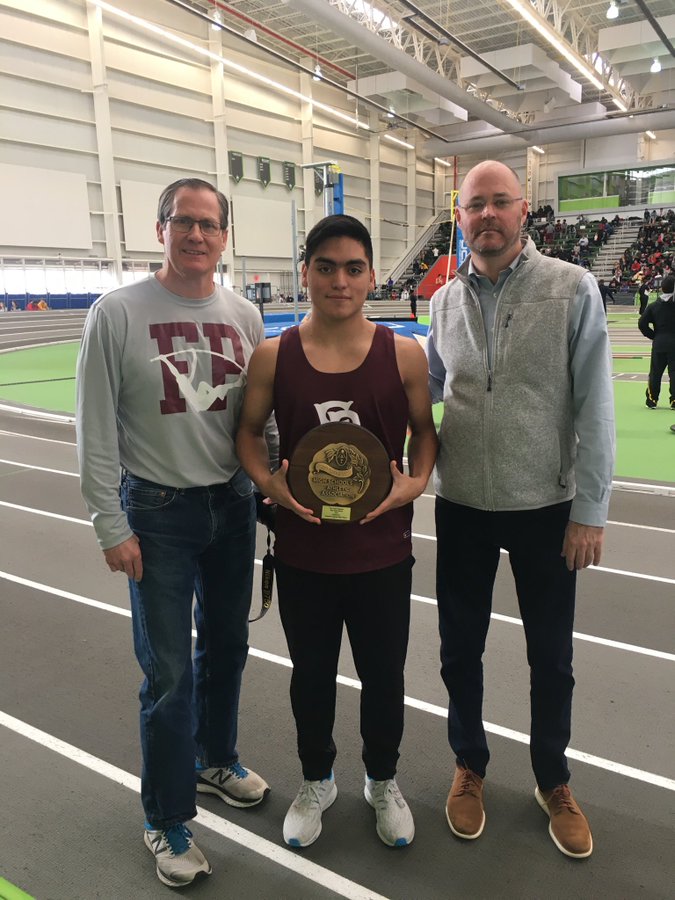