<Back to News
Junior Takes Flight at Fordham Prep 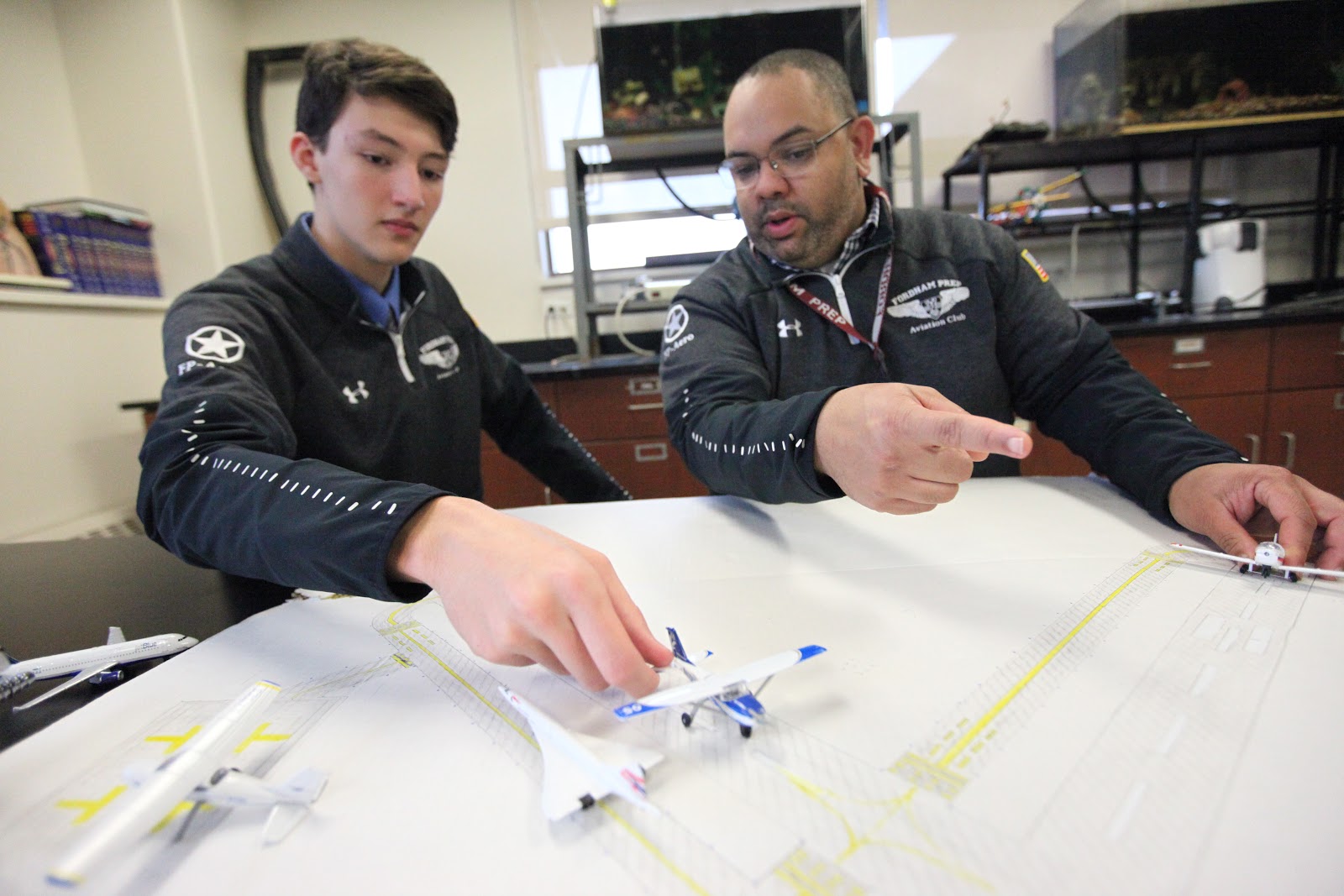 Bryant Pappas ‘21 has always dreamed of flying.  “When I was younger and traveled with my parents, I would always ask to watch the planes take off and land.  I was desperate to have the window seat so I could look outside. It was then that I began to dream about flying.”  Little did young Bryant know that he would take to the skies sooner than he could ever have expected.

Bryant will tell you that he did not choose to attend Fordham Prep solely because of its aviation program.  After all, his father, also named Bryant, is a member of the Prep class of 1991 and he always dreamed of being a Ram.  However, aviation has become an important part of his Fordham Prep experience. He has been a part of the school’s Aviation Club since his freshman year which inspired him to set lofty goals including an making an application to the United States Air Force Academy in Colorado Springs.

Bryant has been a member of the co-curricular Aviation Club since his freshman year and he currently serves as the club’s president. He also studies Aeronautical Science with Dr. Raymond Gonzalez, the Prep’s iSTEAM coordinator and the head of the aviation program.  Bryant, to this point, has amassed 39.5 flight hours as an FAA junior pilot and can often be found most afternoons on the fourth floor of Shea Hall in the Boller Science Center working on one of the school’s five operational flight simulators.

As he prepares to make his full application to the Air Force Academy, Bryant is preparing for the academy’s rigorous physical exam by training at Camps Boxing in New Rochelle.  He is also a Life Scout and hopes to attain the rank of Eagle Scout within the next year. If that isn’t enough for a busy teenager, he is a skilled sound technician in the Fordham Prep Dramatic Society, participates in outdoor track and field, and is an honors student.

The idea of attending the Air Force Academy stems not only from Bryant’s passion for flying but for service, a concept he learned at home.  His father is a captain in the Yonkers Police Department and his mother, Patricia, recently retired after a 20-year career in the New York City Police Department.  Both his grandfathers also served in the military.

Fordham Prep has sent only four alumni to Air Force in the last thirty-five years, making it the rarest service academy destination during that time.  The smart money is that Bryant will soon serve his country, family, and Fordham Prep as an Air Force Cadet.

As both an academic class and a club, all Fordham Prep students have the same opportunity as Bryant, to learn both the science and the mechanics of flight.  This is just one of the many new pathways Fordham Prep students can access through the school’s iSTEAM program. These pathways include robotics, esports, biomedical research, and cyber security.  In the case of the aviation program, for both Bryant and his classmates, the sky, literally, is the limit. 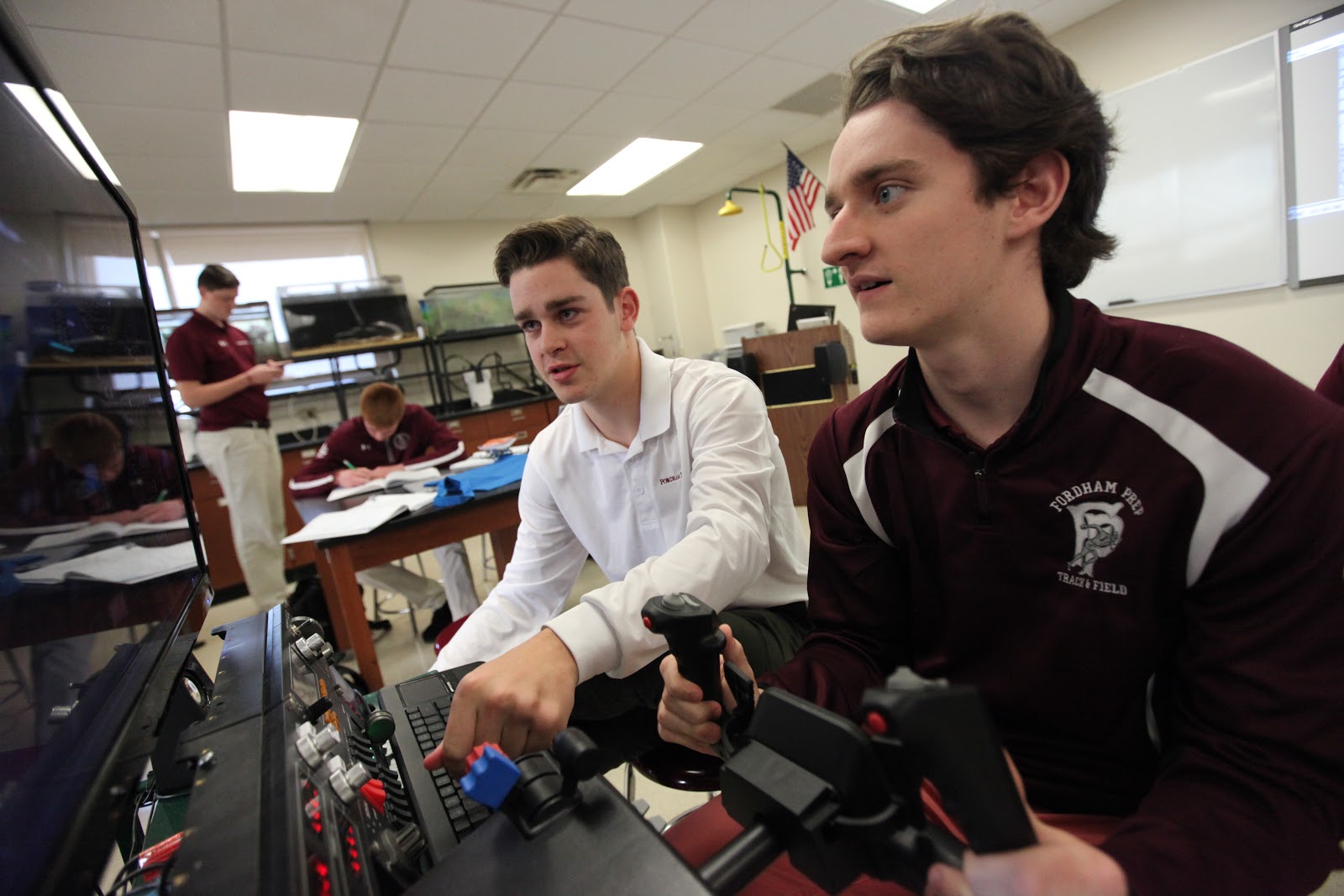 The aviation program includes both an academic class, Aeronautical Science, and a co-curricular club.  It is part of the school’s new iSTEAM program which gives Fordham Prep students access to new technologies across all disciplines.  The school utilizes five working flight simulators as part of the program.
Copyright © 2015 Fordham Preparatory School Privacy Policy
powered by finalsite