<Back to News
Class of 2020 Excels in Early Admissions Process 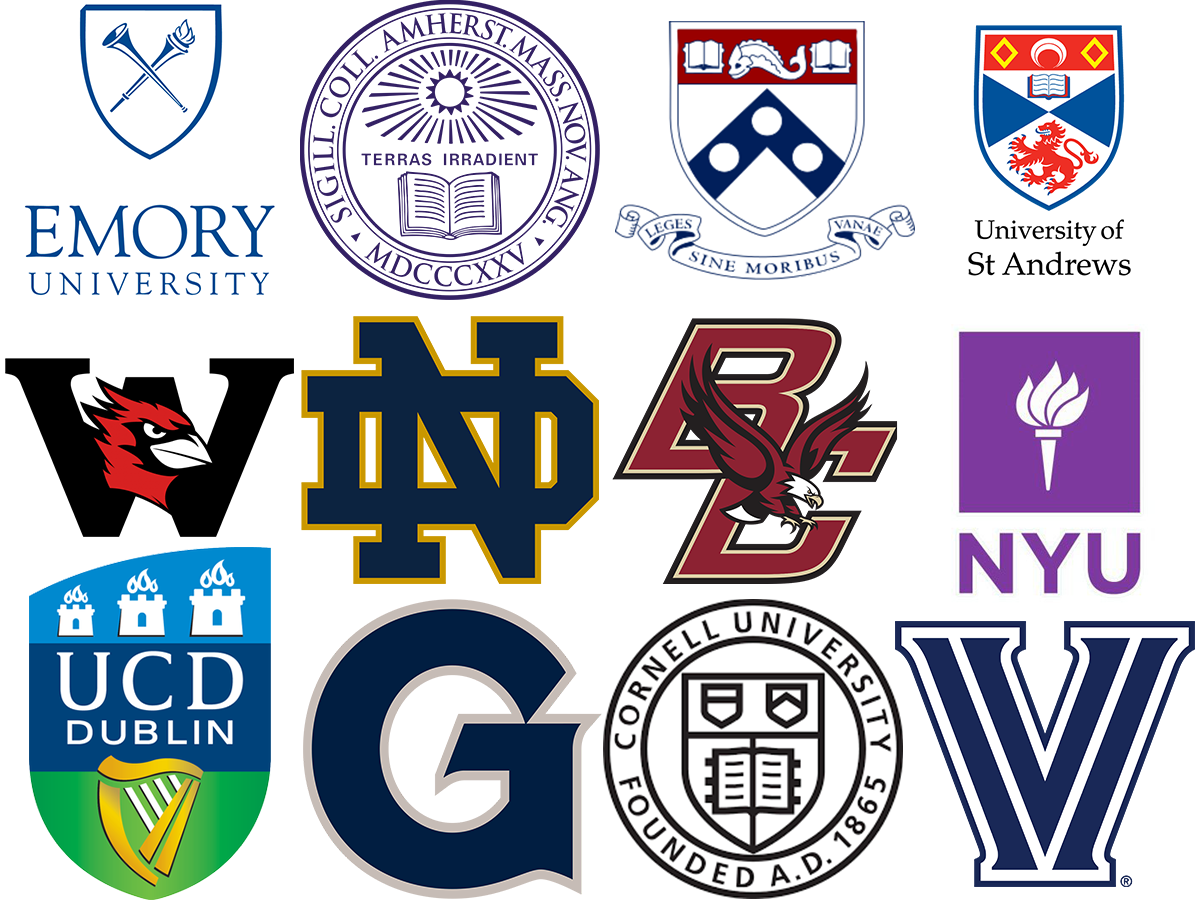 In addition, Fordham Prep seniors were also accepted to several international schools, such as University College Dublin, University of St. Andrews, and City University of London. In all, students were accepted into colleges and universities in England, Ireland, Japan, and Scotland.

Charlie O’Connor (Darien, CT) was accepted into the highly selective School of Film and Television at Loyola Marymount University (Los Angeles) after honing his skills in the Prep’s film club, FPTV.   When talking about the college application process, he says, “The process was definitely stressful for me as I know it was for my fellow classmates. Being someone who wanted to attend film school, I had to complete film school creative portfolios/supplements. Many of the top film schools in the country require a short film, photography, a short story, or short screenplay. Being able to attend LMU gives me a lot of hope for opportunities to come in the future. I'd love the possibility of working in the film industry and being surrounded by the people in it. I want to make movies that send a message and touch the viewer.”

Senior Miguel Negrete (Yonkers, NY) will be attending Buckell where he will be competing for the Bisons’ track and field squad after a stellar career as both a soccer player and a track & field star for the Rams.  He had high praise for his experience with the College Counseling Department. “The application process ran smoothly. My college counselor kept me on top of the tasks that needed to be completed. They also helped me search for colleges that were best suited for me and would help me prosper both as a student and as an athlete.”

Negrete continued, “I was looking for the opportunity to step away from my comfort zone. I will be able to step away from ‘city life’ and find out who I really want to be. I hope to achieve a career in business with the final goal of obtaining my master’s degree in sports management.”

Senior Giordanis Guerrero (Bronx, NY) took a more unique journey for his college destination. He was awarded a full-scholarship to Emory University in Atlanta through Questbridge, a national nonprofit that connects exceptional, low-income youth with leading colleges.

“My college counselor, Mrs. Keough, formally introduced me to QuestBridge,” says Giordanis. “She was a big motivator throughout the process, and I am more than grateful for her. The process began with applying to the National Scholar Match in September to become a Match Finalist. I filled out their application and soon after, I ranked up to twelve of their partner schools I would be interested in attending. Being admitted to a school through QuestBridge is a binding decision, so the rankings had to be well-researched and as accurate as possible. In mid-October, I became a Match Finalist, and this is where the nitty-gritty of the process kicked in. I had to submit all supplemental materials to the colleges I ranked by the Early Decision deadline. It became very challenging, but I succeeded. On December 2nd, I matched to Emory University with a full four-year scholarship!”

Senior Maclane Farrel (Larchmont, NY) has a tough decision to make: head to the Nation’s Capital and attend Georgetown or move to the Midwest, specifically South Bend, and go to the University of Notre Dame. He says, “The application process was stressful. Many of the schools I applied to required multiple supplements as well as a few long essays so it took a long time to complete. Looking back, I’m glad I started over the summer or it would have been a lot of work this fall. Thankfully, I received a lot of good information in the spring from my college counselor, Mrs. Keough, so I was able to get a jump on the bulk of my applications before the start of senior year.”

“All of my teachers and many former teachers were extremely helpful during the process, reading or editing some of my essays or simply offering me some advice, I found a lot of comfort in how much they wanted to see me succeed.”

Congratulations to all of our Fordham Prep seniors who received acceptances during this period.