<Back to News
Fall Sports Recap

The fall athletics season was a very successful one for the Rams.  It was filled with team honors, individual successes, and historic feats.  This made it one of the most memorable in fall seasons in recent years.

With the victory, the team advanced to the CHSAA State Semi-Finals to take on St. Anthony’s High School of Long Island.  In a thrilling match at St. John’s University, both teams were held goalless after regular time and two overtime periods.  Therefore, the match was to be decided on penalty kicks. After the first round of kicks, the score was still tied at 4-4. Unfortunately, after the second round of penalty kicks, St. Anthony’s, the eventual CHSAA state champions, edged out the Rams by a margin of 9-8.

The team finished the season with an outstanding 17-2 record.  Throughout the fall, the Rams were consistently ranked as one of the top all-boys high school soccer teams in the nation by USA Today.  They peaked in the rankings at number 20 the week of October 15.  After the season, Head Coach Pete McNamara was honored by United Soccer Coaches as the New York State Coach of the Year in the Private/Parochial Division.  Six members of the team were selected to the CHSAA All-Division squad, seniors Colin Marmet, Lewis Govan, Miguel Negrete, Teddy Tsoubris, and Ben Follana and junior Matt Ragde.  Govan, Negrete, and Tsoubris were also selected to play in the Mayor's Cup, an all-star game where the best players in the CHSAA take on those from the PSAL. 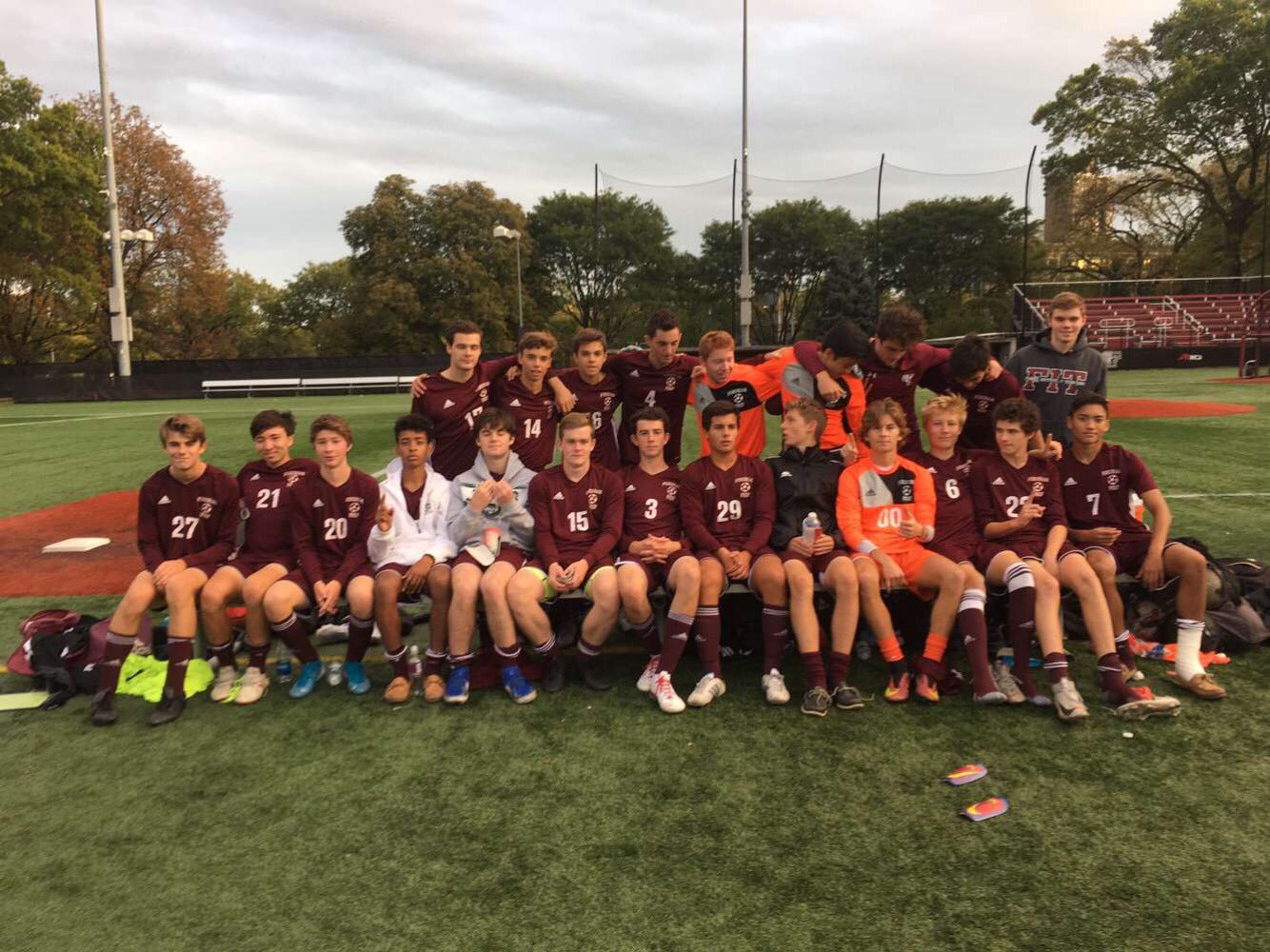 The 2019 Cross Country season was filled with both individual and team success and an historic treble in the CHSAA New York City Championships.  The triumvirate of senior Niall Ryan, junior Eamonn Sullivan, and sophomore Myles Hogan consistently turned in outstanding performances throughout the course of the season, none more thrilling than in the City Championship race.  The trio of harriers finished first, second, and third, respectively, a feat that no other coach in the league could recall happening. By doing so, the Rams claimed a championship not expected by many. This was the team’s first New York City championship since 2013.

Fantastic individual performances were a hallmark of the team’s season. A week after the city championship, Hogan went on to capture the individual sophomore Catholic New York State championship. Sullivan took the individual title at the Purdy Invitational earlier in the fall.  Senior Justin Jordaens was also victorious in the CHSAA Bronx Championship in October.

The victory in the City Championship qualified the team to participate in the New York State Federation Championship, a meet that includes Catholic, public, and private schools.  Niall Ryan’s seventh place finish, one that qualified him for an All-State designation, helped lead the team to finish the meet in fifth place, the highest finish in this meet in the program’s storied history. 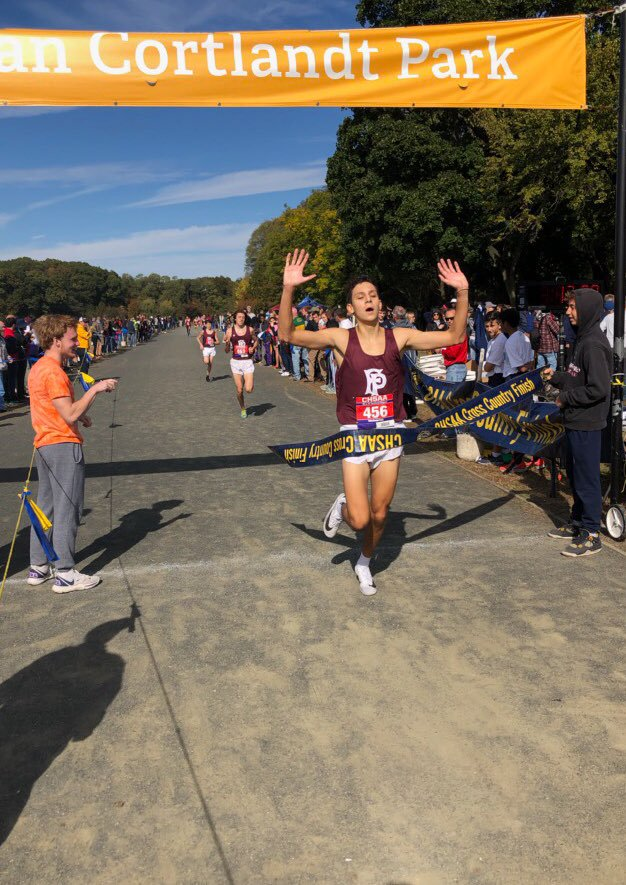 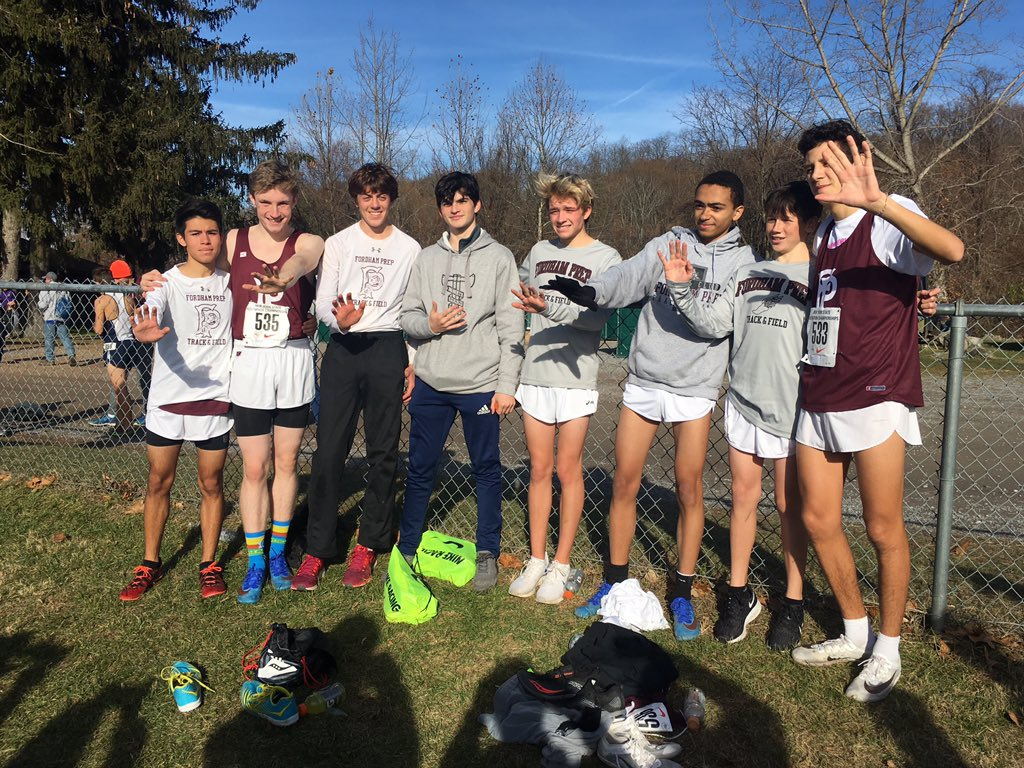 The Varsity Football team finished their season with a 3-7 overall record picking up wins versus Xaveiran and St. Francis, the latter in both the regular season and playoffs.  The team fell in the CHSFL AA semi-finals to eventual champions Chaminade. Seniors Owen Lefredo and Sean Halbert were both named to the CHSFL All-League team. Both players as well as classmate Tom Petti were invited to play in the prestigious CHSFL Senior Bowl.

The fall crew season was highlighted by the program’s participation in the renown Head of the Charles Regatta in October.  A large number of freshman also joined the team this fall. The program participated in five races during the fall and will now spend the winter preparing for the highly competitive spring season.

The Fordham Prep Bowling Team enters December in second place in the CHSAA after a number of impressive victories over Xavier, Cardinal Hayes, Christ the King, St. Francis Prep, Bishop Loughlin, and Cardinal Spellman.  The team will participate in the CHSAA playoffs beginning on December 10. JV Bowling finished the season in 2nd place overall advancing to the CHSAA playoffs. In the 1st Round they defeated Mary Louis to advance to the Semi-Finals where they lost to #1 LaSalle.

And the freshman swimming and diving team won their first CHSAA title since 2011! 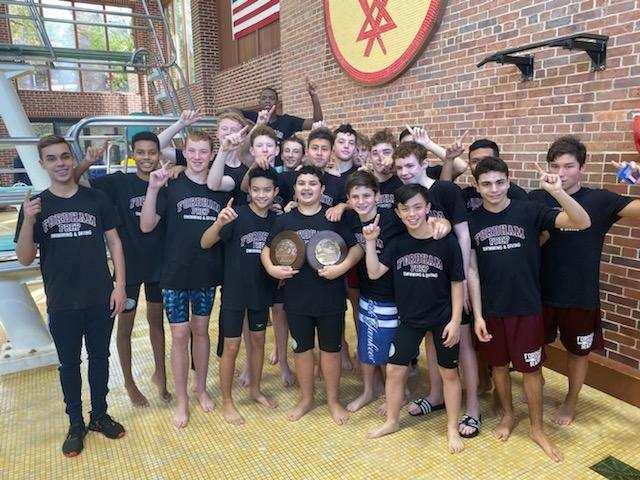