A hundred years ago this September, at the start of the 1913-1914 school year, the papers would proclaim the Prep’s first official plunge into aquatic competition: swimming.

While 100 years is a significant landmark for the Aquarams, the history of swimming at Fordham goes back even further than the team's 1913 founding. In fact, while there is no record of the very first swim at Fordham, we can presume with fair certainty that Prep boys have been swimming here at Rose Hill from the very beginning — perhaps even from that very first week in 1841.

Fordham Prep and University — then St. John’s College — did not first open its doors for a regular fall semester. Instead, in accordance with the wishes of our founder, Archbishop Hughes, the school was opened on June 24th for a preliminary summer session. All in all, six students arrived at Fordham, New York for the summer of ’41.

By July that year, New York was sweltering. A reader writes in to the New York Herald on July

24, 1841, “Yesterday was an atrociously hot day!” going on to give an unofficial mercury reading of 92° in the shade. In the days of horse-drawn carriages and inadequate sewage, the city stank, and tensions were high. Out in the country — and Fordham was certainly the country: nothing but farms for miles around — conditions were somewhat better than in the crowded streets in Manhattan. Nonetheless, just about a half century before electricity was introduced to the Bronx, without so much as a motorized fan in sight, it is impossible to think that the first Fordham boys, boarding at Rose Hill that first hot summer, would not have been permitted to cool themselves down.

Luckily, there was the perfect natatorial venue right on campus.

Until 1888, Fordham’s property extended into what is now the Botanical Garden and included a section of the Bronx River. In those days, long before the waterway had been choked with residential and industrial waste, the river was clean and pure and perfect for fishing and swimming. In fact, in the years that followed, as the school population grew to include First and Second Division students (College men and Prepsters) as well as Third Division students (middle school boys), a swimming area was set up for each age group. In the words of Joseph A. McCreery, Class of 1869:

Throughout the 19th century, there were other Prep swimming excursions as well. Often enough there were jaunts to Fordham Landing on the Harlem River, to the lake in Van Cortlandt Park or even to the Long Island Sound. In fact, during the 1800s, Fordham kept a summer headquarters at an estate called Pennyfield-on-the-Bay in Throgg’s Neck on the Long Island Sound. On warm days (even during the regular school year) there were walks from Rose Hill out to Pennyfield (about a six mile hike), where there were swims in the Sound and clam bakes on the beach and lazy afternoons at the shore.

In 1913, Fordham Prep for the first time would have its own competitive swim team.  Managing the swimmers was Prep senior John William Stanley. His team captain was classmate Charles McKenna. There was no home pool for the very first Aquarams — Fordham would not have one until 1924. Records of Stanley’s team are nearly non-existent, and like many other early 20th century teams and programs, it seems that our first competitive swim team was temporarily disbanded during the First World War. 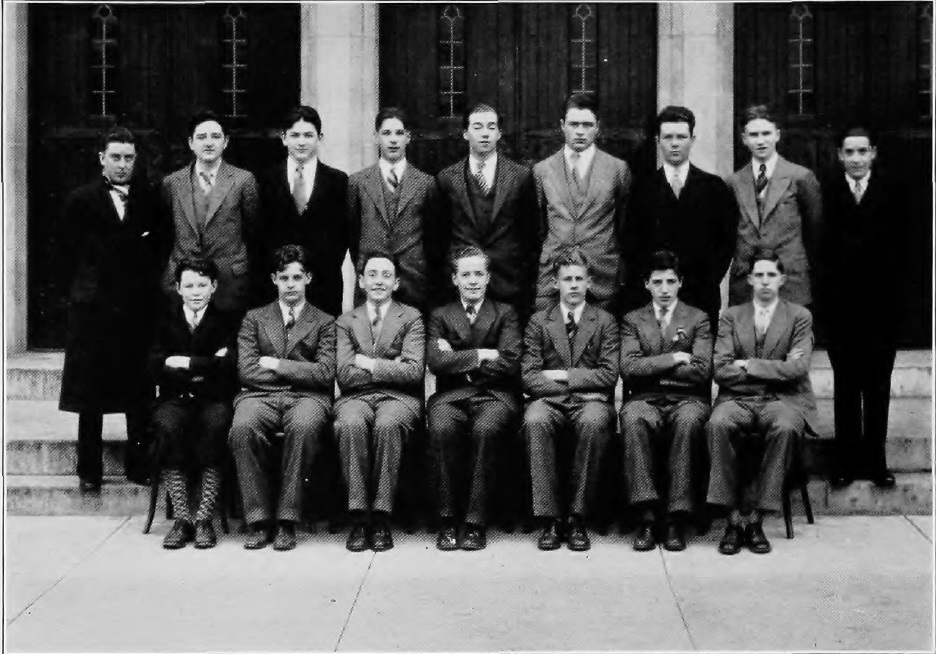 After the construction of the Campus pool, Prep swimming slowly began to make a comeback in the mid-1920s with the occasional Prepster allowed at least some pool access alongside the College students. Finally, during the 1929-30 school year, Fr. Edward Kenna, SJ, who was serving as prefect of discipline between the legendary Fr. Shea’s two stints in the position, would successfully petition the University Administration for Prep use of the pool.

That year, a full Prep swim squad would jump back into interscholastic competition under Coach Clarence Crysler, Class of 1925. First recorded victory: February 11, 1930 over All Hallows. Notables of the ’29-30 team include Joe Drury ‘32, Dave Hughes ‘30, and Greg Horgan ’31, first diver mentioned in Prep history. The next school year, Crysler would pass on his coach’s whistle to fellow Prep grad, John Lyttle, Class of 1926, head swim coach at the College and new member of the Prep Faculty. So would begin a steady flow of aquatic achievements that continues to this very day.

Down through the decades, many an amphibious Prepster has left his wet footprints on the history of Prep athletics. From 1947 to 1949, for instance, the Prep swimmers were undefeated. They won every championship available: Private School Championships two years in a row and CHSAA and Jesuit Championships three years in a row, crowning it all with the National Catholic Interschool title in 1947. Kevin Daley and Jack Monks, Class of 1948 and ‘49ers  Jack Lutz, Earl Potts, Tom and Martin Farrel, Al Mangini, Gerry Fitzpatrick, Luke Grande,  Jim McQuade, James Drew and Tom Barry truly made the swimming teams of this period a dynasty worthy to be listed among the all-time great Prep teams. 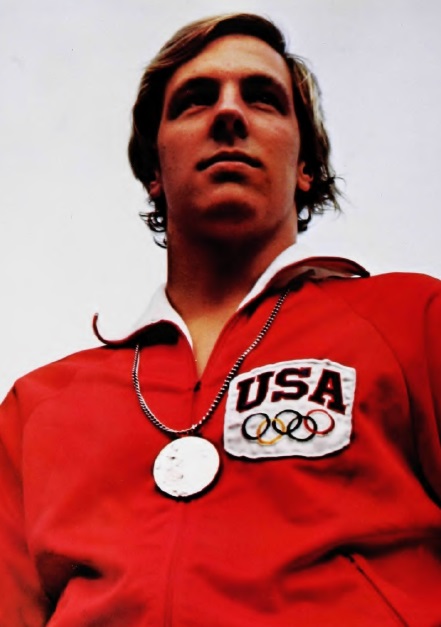 Of course, no discussion of Prep swimming would be complete without a nod to Robert Hackett, Class of 1977. Bobby swam for Fordham Prep, forming the nucleus of a team under Coach Joe Bernal. But this Aquaram did not just confine himself to Prep exploits. The international scene became acutely aware of Hackett when, at the Pam-Am Games of November 1975, he won the gold medal in the 1500 meter freestyle and the silver in the 400 yard freestyle. In the summer of 1976, Bob went on to the Olympics at Montreal bringing home the silver medal in the demanding 1500 meter freestyle event. That summer, Fordham Prep would have its third Olympic medalist, but its first student-medalist in school history.

The athletic tradition begun in 1913 is strong as ever a century later. Under the moderatorship of Fr. Stan O’Konsky and the careful instruction of Coach Dominick Galimi and Coach Matt Bobo, the program is getting along just swimmingly. The varsity Aquarams are the current three-time New York State Federation and CHSAA Champions: 2011, 2012 and 2013. These days, names like new alums Joseph Eiden and William Fiero Joyce and upcoming seniors Patrick Conaton, Declan Kennon, Richard Mannix, Oliver Patrouch. Patrouch and Michael Verini have lead the squad, with Conaton holding the CHSAA state 100-meter backstroke record and Conaton, Mannix, Patrouch, Kennon and Elden holding the New York State High School Federation 400-meter freestyle record. By season’s end, Fordham Prep would have seven All-American times.