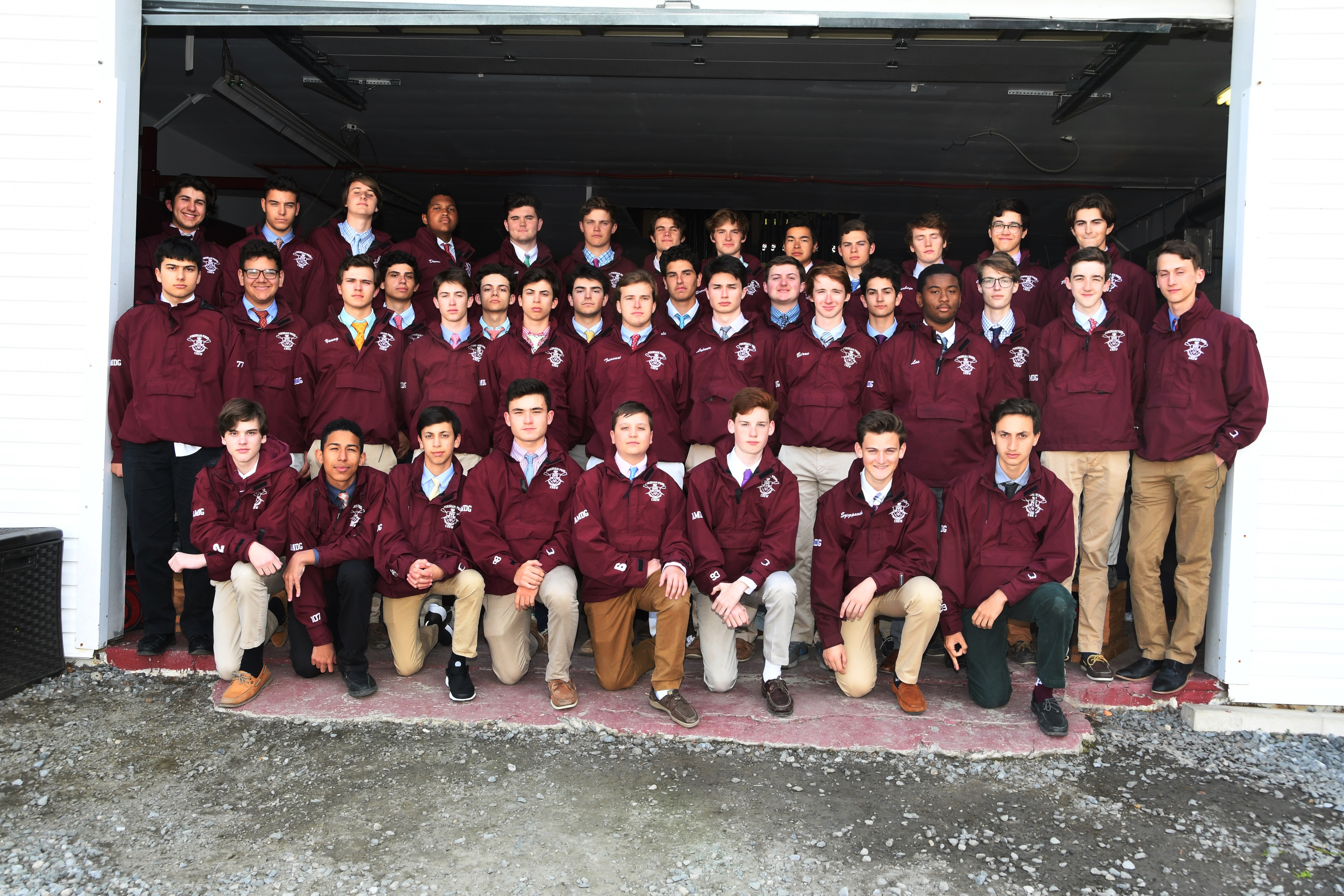 Fordham Prep's Crew Team includes Varsity, Junior Varsity, Lightweight and Freshman levels, and competes against the best scholastic and junior teams in the country in both fall and spring seasons. While few students have prior experience in the sport, the team structure allows and encourages competitive athletes to learn how to row from scratch and compete successfully.

Freshmen and novice rowers and coxswains are taught the basic technical skills during the tryout period, which typically lasts up to two weeks. Within a couple of weeks of making the team, the new rowers begin to compete against other freshman and novice crews. By the end of the school year, those novice athletes hopefully advance to a New York State Championship and earn bids to compete at the Scholastic National Championships against the top teams from across the country.

The fall season consists of longer races throughout the Northeast commonly known as "Head Races."  The spring season, the sport's main competitive season, consists of shorter sprint races of 1,500 or 2,000 meters, the standard Olympic racing distance. The spring racing schedule includes regattas against the top teams on the east coast and the country, and culminates with the New York State Championships, the Scholastic National Championships and the US Rowing Youth National Championships in Sarasota, Florida.

The team practices daily after school on the Orchard Beach Lagoon in New Rochelle. During the winter, training moves indoors to  Fordham University's Lombardi Center.