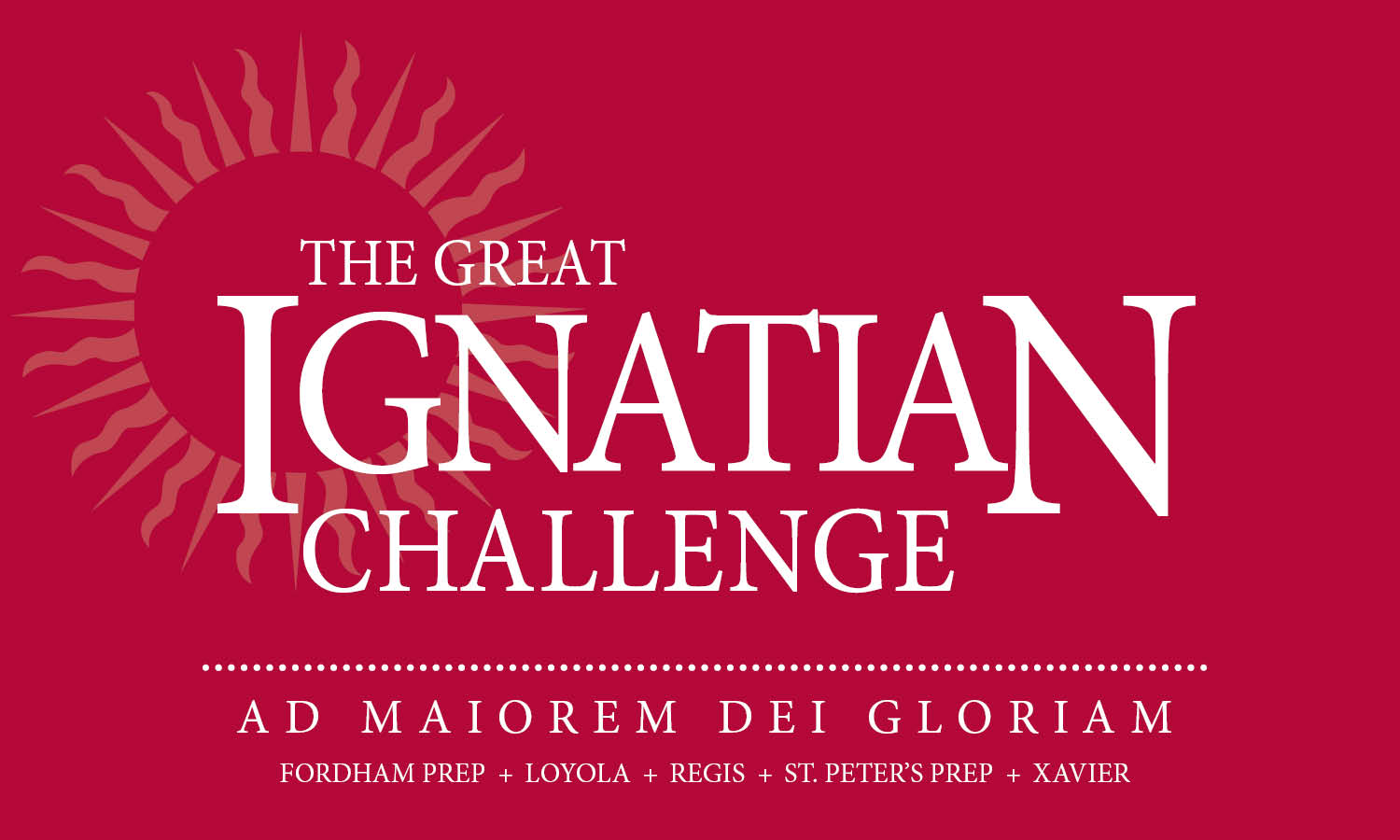 The results are in!  Five Metro-area Jesuit high schools have just wrapped up a friendly, but spirited Thanksgiving food drive competition designed to raise awareness of hunger in our communities while filling local food banks and pantries with much-needed provisions.  The undisputed winners of this Great Ignatian Challenge were the local food banks and charities whose shelves were filled with more than 101,000 cans of food – the equivalent of 44 tons of provisions.

When the Great Ignatian Challenge was announced in November, an anonymous donor – now revealed to be Jim Rowen – pledged up to $250,000 for tuition assistance to be divided among the schools based on the amount of food collected per student.  Mr. Rowen, who serves as Board Chair at Fordham Prep, said he was inspired by the existing Thanksgiving food drives at each school.

Mr. Rowen said, “Jesuit high schools are most often recognized for their educational rigor.  The Great Ignatian Challenge clearly demonstrates their commitment to helping those who are less fortunate in our wider community.  For over 100 years our students, faculty and staff have embraced the teachings and example set by St. Ignatius. The Challenge is another example of the extraordinary things that can be achieved when good people are in the service of others.

Timothy Cardinal Dolan, Archbishop of New York, added his congratulations saying, “What these school have accomplished is no surprise at all! St. Ignatius Loyola asked the Jesuits he founded to form “men for others.” That’s what these students are – men and women for others!”

Concourse House, Mercy Center and Part of the Solution (P.O.T.S.) benefitted from the 31,100 food items from Fordham Prep.

Raise Awareness about Hunger in Our Communities

INSPIRED BY THE STUDENTS’ SPIRIT OF GIVING, ANONYMOUS DONOR PLEDGES UP TO $250,000

FOR TUITION ASSISTANCE AT PARTICIPATING SCHOOLS

(October 18, 2016 – New York/New Jersey)  Five Metro-area Jesuit high schools today announced the launch of their annual Thanksgiving food drives to raise awareness of hunger in our communities while filling local food banks and pantries with tens of thousands of pounds of much-needed provisions for needy families.  This friendly but spirited competition, called The Great Ignatian Challenge, will run from October 18 – November 18, 2016.

An anonymous donor who was inspired by the existing Thanksgiving food drives at each school has pledged up to $250,000 for tuition assistance at the five participating schools.  Intended to further highlight the spirit of giving and generosity among the student bodies at Jesuit high schools in the Metro area, the donation will be divided among the schools based on the amount of food collected per student.

The participating schools – Fordham Preparatory School (The Bronx); Loyola School (Manhattan); Regis High School (Manhattan), Saint Peter’s Prep (Jersey City, NJ); and Xavier High School (Manhattan) – are sponsored by the USA Northeast Province of the Society of Jesus (The Jesuits).  Last year alone, the schools collectively raised well over 100,000 cans of food and are expected to surpass that total in the spirit of the Challenge.

The Challenge derives its name from the 16th-century saint, Ignatius of Loyola, founder of the Jesuits, who taught, "Love consists of sharing what one has and what one is with those one loves. Love ought to show itself in deeds more than in words."  These five schools are putting those words into action.

Fordham Prep senior, Myles Nuzzi, who serves as co-chair of the school’s Hunger Awareness Committee, said, “The Ignatian way is to make a difference in the lives of those in need. By donating to the Great Ignatian Challenge, we have the opportunity to make that difference."

Siobhan Kiernan, Loyola class of ’17, said, “As students in a Jesuit school, we are committed to being women and men for others. Through participating in The Great Ignatian Challenge, we are doing just that - collectively serving those who are in need of food in our communities. While we can’t solve the larger issue of world hunger, we are making an impact in our own way.”

Skakel McCooey ’17 and Randall Zuccalmaglio ’17, President and Vice President of Regis High School Student Government respectively, said, “We’re committed to the Jesuit tradition of service and are looking forward to using the Challenge as a conduit for our student body to have a significant impact upon our community.”

Chirayu Shah, '17, student council representative at Saint Peter’s Prep, said, "Prep's food pantry is a great way for students to connect with the local community. By volunteering, we are able to help put food on the tables of many. Now, through this challenge, we will be able to connect with the other Jesuit schools in the area as well."

Isaiah Blake ’17, President of The Spectrum, a student-led social justice organization at Xavier, said, “As students at a Jesuit school, we are called to live a faith that does justice. This challenge gives us the opportunity to do that and to make a difference in the lives of New Yorkers.”

The food collected at each school will be distributed as follows:

A key component of a Jesuit education is caring for the wider community which allows students to gain first-hand knowledge of local, national, and global issues. Through service to the community, the students prepare for the day when they will participate in their world as competent, concerned, and responsible members who are committed to social justice.