The Fordham Prep Alumni Service Corps (FPASC) invites recent college graduates to consider a year of service to Fordham Prep.  FPASC members may work in variety of areas at the Prep, including but not limited to Campus Ministry, Service, Global Education, Computer Science and STEAM, Communications and Development, and other vital support services.  Teaching opportunities might also be available for qualified candidates. FPASC members would also be expected to get involved in extracurricular activities, sports, clubs, retreats, and service projects.

Applicants are subject to the same academic criteria as applicants for full-time faculty positions, i.e., bachelor's degree in subject area, recommendations, interviews with and approval of department chair, principal, and president. Among other things, the Prep's needs in a particular department/subject area and/or extracurricular activity, as well as the applicant's recommendations, will be taken into account. Those applying for non-academic jobs should be able to have comparable experience or the ability to relate their own experience to the work needed.   While we view this as a service program, Fordham Prep does provide a $2,000 monthly stipend and health insurance, if needed, for ten months.

As an alumnus, your experience is a valuable resource in itself in supporting our students and enriching the culture that exists here. I hope you will consider extending your generosity to your Fordham Prep brothers as a member of our Alumni Service Corp.

The goal of this group is to connect Fordham Prep’s wide network of alumni veterans - those who have answered the call to be “men for others” through service to their country.

Past Recipients of the Robert C. Murray Award

Robert (Bob) Murray, Fordham Prep Class of 1964, was a genial, prayerful, and genuine young man. Upon graduation from Fordham University, he began studies at Harvard Business School, then opted to enlist in the U.S. Army. While serving in Vietnam, he was awarded Bronze Stars for heroism for two separate actions, resulting in promotion to Staff Sergeant.

One June 7, 1970, while on patrol, Bob sacrificed his life by throwing himself onto a live grenade to save the soldiers he led. For his extraordinary valor, he was posthumously awarded our country’s highest military recognition – The Medal of Honor.

The Murray Award, symbolized by a medallion inscribed with the words “Courage, Love, Sacrifice”, also includes a scholarship for college, and an honorary membership in the Class of 1964. It was established by his classmates and family so that each year, the Prep community might reflect on Bob’s devotion to his country, courage, love for his neighbor, and final sacrifice. His promising life and magnanimous death point us to our better selves.

To date, the Prep community has collectively contributed $184,064.00 to the Robert C. Murray Award Fund.

The Robert C. Murray Award recognizes that member of the senior class who has best exemplified the qualities of the man for whom it is named.

DONATE TO THE MURRAY AWARD

Tommy Zurhellen, author of The Low Road: Walking the Walk for Veterans, talks about the voices of the amazing folks he meets, in their own words, on his trip across the country. All net proceeds from the limited "VetZero Heroes Edition" will benefit Hudson River Housing’s VetZero Heroes Program to help veterans. His epic adventure across America from start to finish is expressed in this humorous and humbling memoir about one veteran trying to make a difference!

Hudson River Housing believes that those who served our country deserve the highest level of care, including quality, affordable housing. They strive to meet the needs of our veteran community through specialized housing, transportation, advocacy and care management. Through their VetZero Services for Veterans, they’re on a mission to reach ZERO veteran suicides and ZERO veteran homelessness in our community – and hopefully, in our nation. 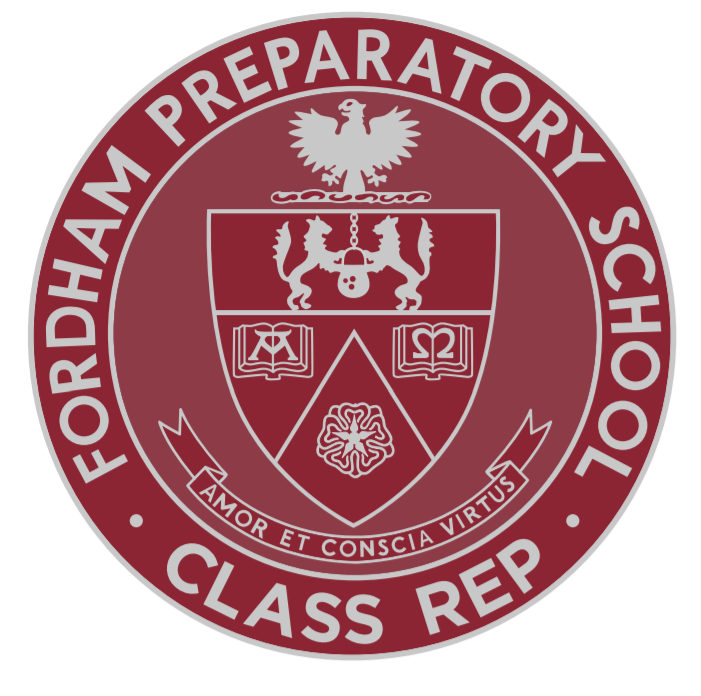 Welcome, Class Reps! Thank you for volunteering to help the Prep!

Interested in becoming a Class Rep or know an alumnus who you think would be a great Class Rep? Contact us HERE today!

One of the best ways you can passively encourage your classmates to donate is to become a donor yourself. Consider a recurring monthly donation to the Prep for as little as the cost of a cup of coffee - having great alumni participation numbers is the key to sustaining the Prep, its community and its mission. 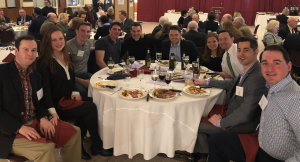 The Prep successfully launched the Brotherhood Society with 90 founding members in the first year!

Click here to learn more about your age tier, and how you can support the Prep this year.

Message from YA Chair Colum Weiden '06 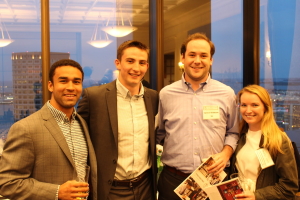