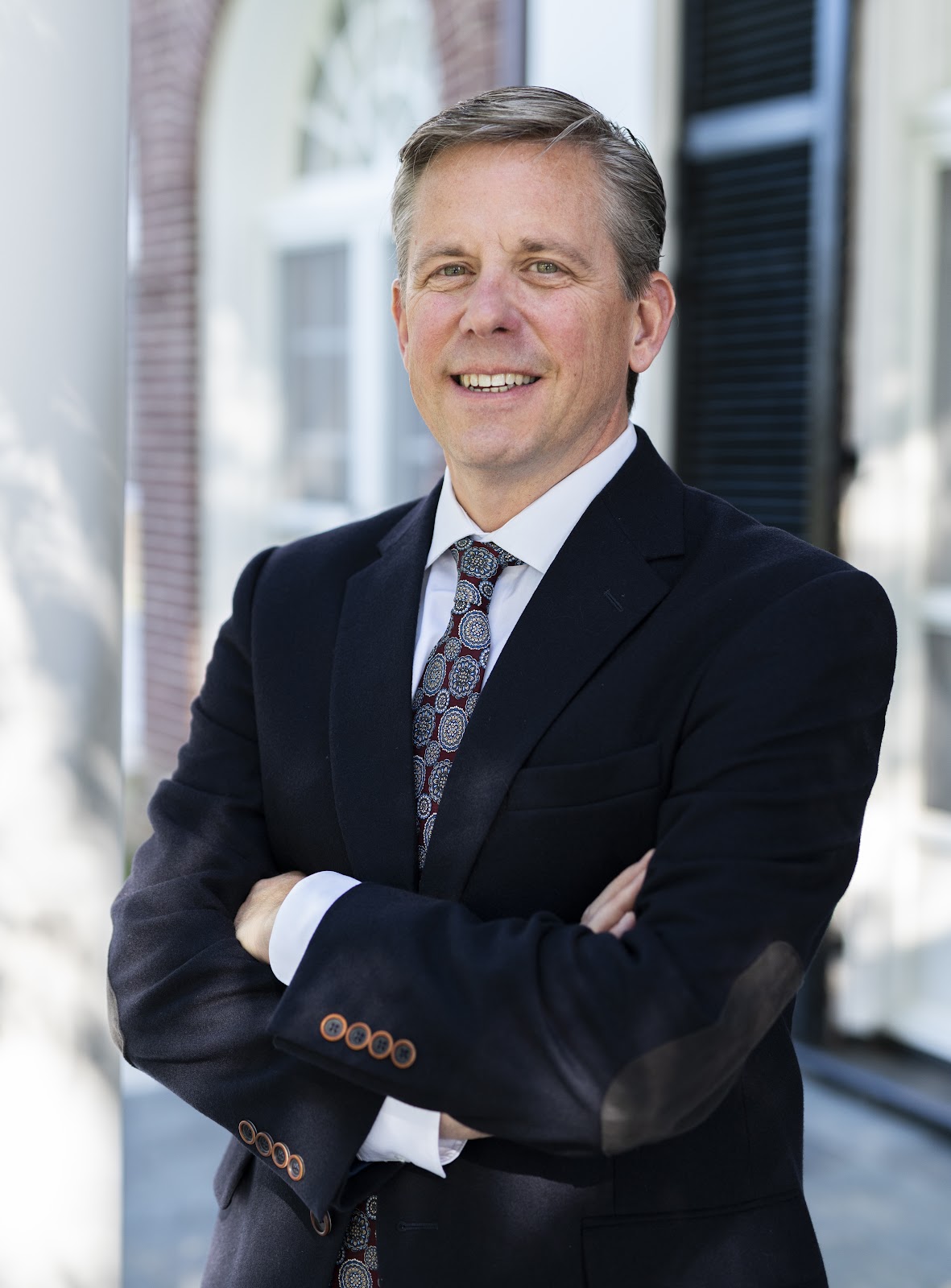 "We are thrilled to announce that Anthony will be the first full-time lay president in the Prep’s long and storied history.” - Mario Ciampi ‘78, Chairman of the Board of Trustees

Fordham Prep has announced that Anthony I. Day will serve as the school’s 37th president beginning on July 15, 2023.

Day's appointment was made with unanimous approval of both the search committee and the Board of Trustees.  This comes at the end of a national search that included a deep pool of educational leaders from both secondary schools and higher education.

Mario Ciampi '78, Chairman of the Fordham Prep Board of Trustees, continued, “Anthony’s experience as a leader in Jesuit education convincingly elevated him within an incredibly deep and diverse pool of candidates.  With the Prep in an extremely strong position, he is the perfect leader to help us build on that position both inside and outside of the classroom.  Recognizing his deep commitment to our Catholic Jesuit mission of Faith, Scholarship and Service, the Board and I are excited to partner with him to further every aspect of that mission. I am also very grateful to the members of the presidential search committee for their tireless efforts these past months to help identify such a remarkable Ignatian leader.”

Day's appointment by the Fordham Prep Board of Trustees was unanimously ratified by the Society of Jesus (Jesuits) East Province Office.  Rev. Joseph Parkes, SJ, Provincial Assistant for Secondary Education (PASE), and former Fordham Prep president, praised the decision stating, “I have known Anthony since my own days in the president’s office at the Prep.  I have followed his career in Jesuit secondary education closely.  He has distinguished himself both as a teacher and administrator at Regis and Loyola Blakefield. Fordham Prep is blessed to have this great Ignatian leader as its first full-time lay president.”

Day is a long tenured educator and experienced leader in Jesuit high schools having held positions as Assistant Principal of Regis High School and Principal of Loyola Blakefield.  For the last nine years he has served as president of Loyola Blakefield (Towson, MD).  During his tenure Day led Loyola to its most successful fundraising initiative in school history—a $32 million capital campaign that resulted in the construction of St. Ignatius Hall, enhanced the school’s scholarship endowment, and bolstered annual giving. He was also instrumental in crafting and implementing the strategic vision that has guided the school’s growth over the past decade, including the addition of innovative academic and co-curricular programming and the expansion of spiritual formation and service offerings.

This marks the return of Day to the historic Rose Hill Campus where he was a member of the English department from 1992 to 1999.  While teaching, he also coached baseball, founded the Prep’s volleyball program, and co-moderated the school’s Asian-American cultural club.  Day also participated in the school’s Emmaus retreat program as a faculty leader.

Day holds a Master of Letters from the Caspersen School of Graduate Studies at Drew University, Madison, NJ.  He also has a Master of Science in Education from Fordham University Graduate School of Education, New York, NY, as well as a Bachelor of Arts from Saint Peter’s College, Jersey City, NJ.  He attended Christian Brothers Academy in Middletown, New Jersey.

Upon his appointment, Day remarked,

“As an Ignatian educator who began his career at Fordham Prep, I am excited to return to a place that ignited my passion for teaching. I have been fortunate enough to maintain relationships with those I either taught or worked alongside. I’m eager to renew those relationships and dedicate time toward getting to know my new colleagues as well as our students, alumni, families, and benefactors.

Because it centers itself on faith, service, and intellectual inquiry, a Catholic, Jesuit education remains the most powerful educational journey one can experience. I look forward to being part of the transformational mission of Fordham Prep as we collaborate in ways that enhance student life, foster community engagement, and chart a course for an exciting and prosperous future.

I’m incredibly grateful for this opportunity and would like to express my gratitude to all those who were part of the search process, including trustees, faculty & staff, alumni, families, students, and benefactors.”

Fordham Prep is proud to welcome Day, with his wife Laura, sons Aaron and Ethan, and daughter Olivia into its vibrant community of students, faculty, staff, parents, and alumni.

Day began his teaching career at the Prep in 1992.

He was a member of the English department and also participated in Campus Ministry as an Emmaus retreat leader.

Appointed by the Board of Trustees, the Search Committee’s role is to oversee all aspects of the process.  They will work closely with our consultants, gather data and feedback, interview candidates, and offer recommendations to the Board of Trustees.  Then, as a Jesuit institution within the Jesuit U.S.A. East Province, the Provincial must also approve the selection of the president. The Board of Trustees will ultimately make the final decision as to the next President.

Educational Directions will advise the Search Committee during the entire process.  Our consultants,Mathew Heersche and Risa Oganesoff Heersche, will visit the Prep in person to learn more about our community and solicit feedback with the goal of creating a position description that will be used to recruit candidates.  Mathew Heersche and Risa Oganesoff Heersche will then begin to reach out to and speak with candidates from their extensive pool of highly qualified administrators from around the country.  Those candidates whom they believe have the desired qualifications will be submitted to the Search Committee for their review.  The Search Committee will then decide which candidates are invited to meet with them in person.

While the Board will work with the Provincial to nominate qualified Jesuit candidates to be considered for the role, the goal is to conduct a broad national search to find the most qualified candidate to succeed Fr. Devron.

We expect that the search would be completed by the end of the calendar year, December 2022, and that the Prep’s new president would begin their term on July 1, 2023.

Members of the Prep community may provide feedback through this online survey.  The survey will close on March 28.

Over the past nine years, Fr. Devron, along with the Faculty, Staff, and the Leadership Team have led the way to create new and innovative programs to enhance the student experience, prepare Fordham Prep graduates to matriculate at the top colleges, and give them the tools to become leaders in a rapidly changing world.

The Igniting Our Mission Campaign enhanced the Prep’s physical plant, providing improvements to ensure that the school’s facilities matched its excellence in the classrooms.

The Prep's endowment has increased over 130% during Fr. Devron’s tenure.

The Igniting Our Mission (IOM) Campaign, announced publicly after the Prep’s successful 175th anniversary, launched with an aggressive goal and at the Campaign’s conclusion on December 31, 2021,  Fordham Prep more than exceeded that goal, making it the most successful campaign in the Prep’s history.

This impressive outcome supports all aspects of student life and provides the financial stability for the Prep’s growth for many years into the future.